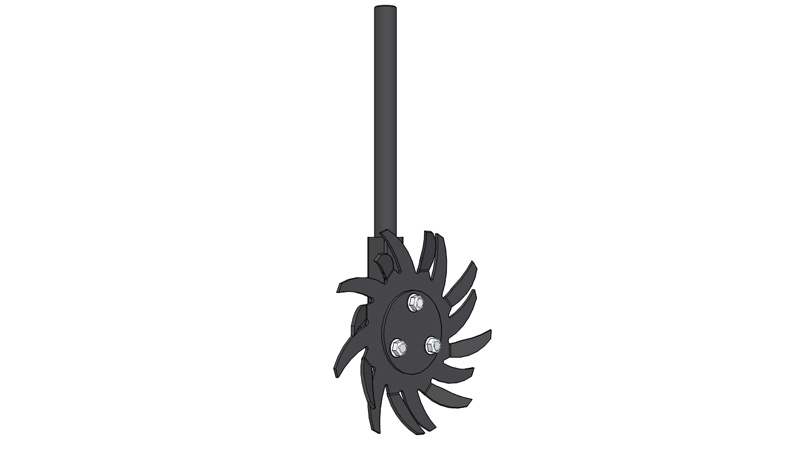 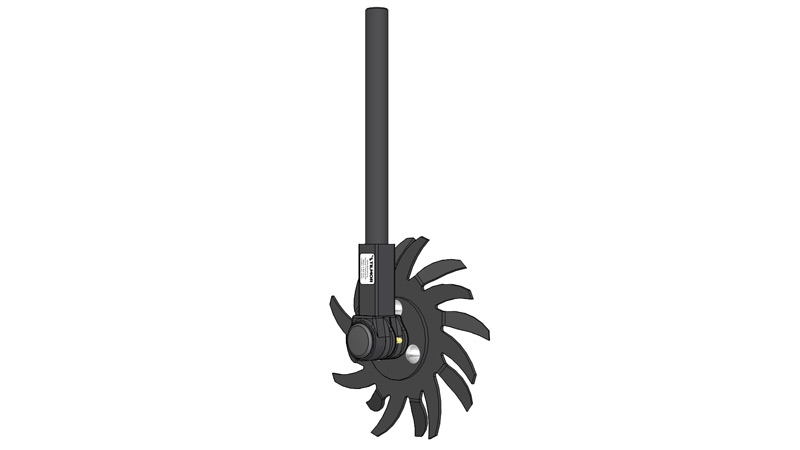 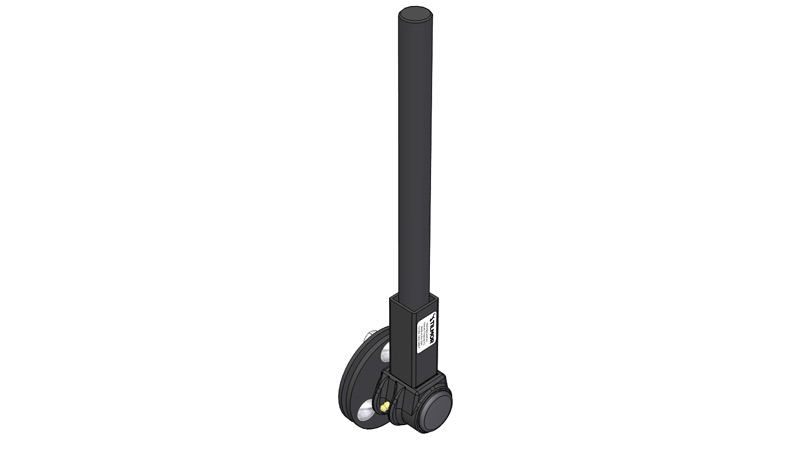 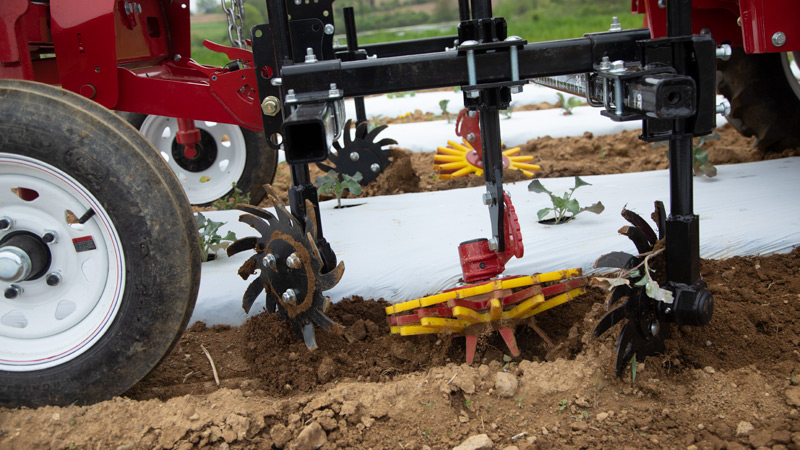 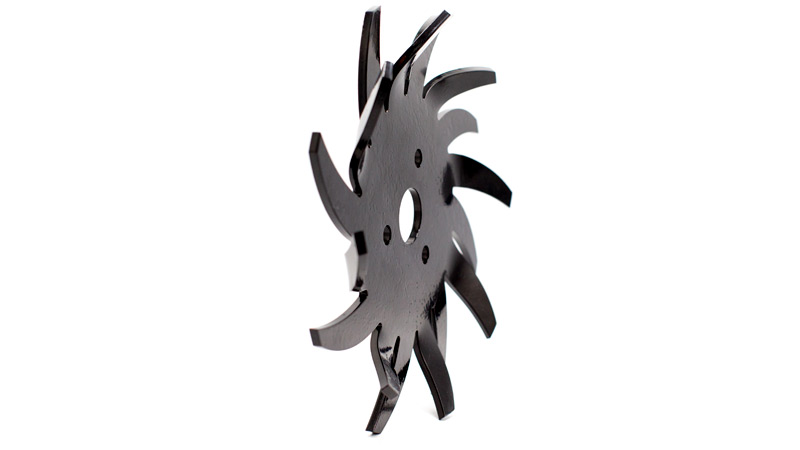 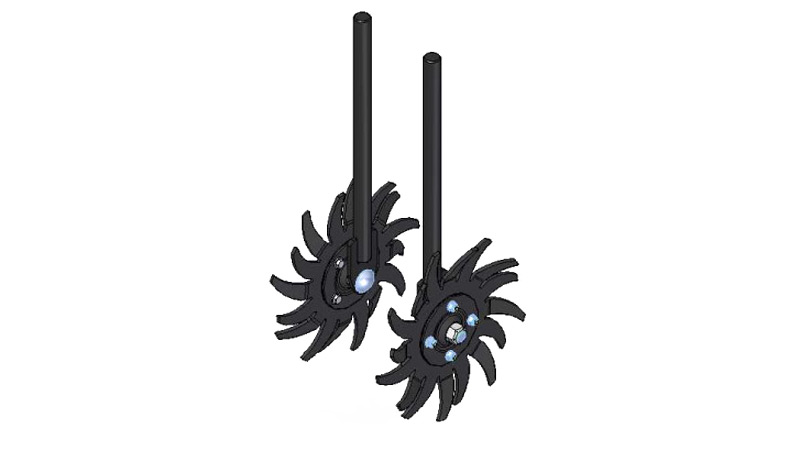 10" Spyder Pair on 7/8" Shank
designed for walk behind 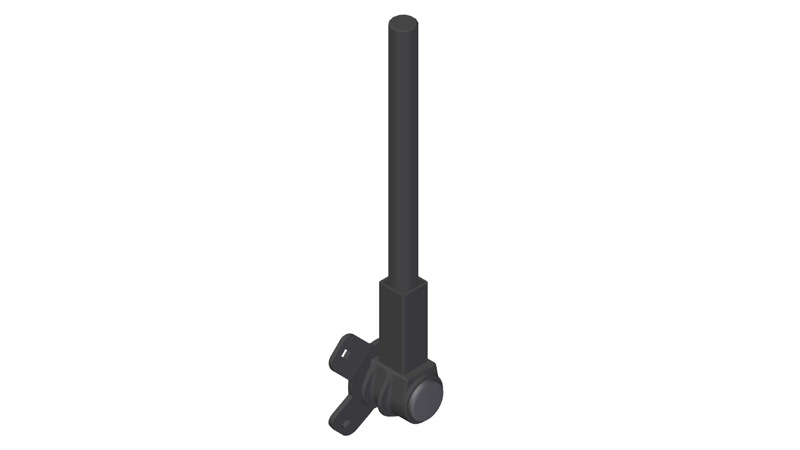 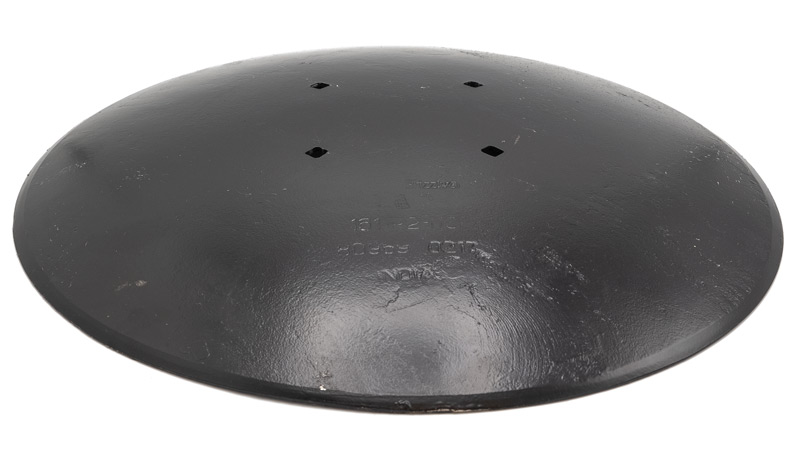 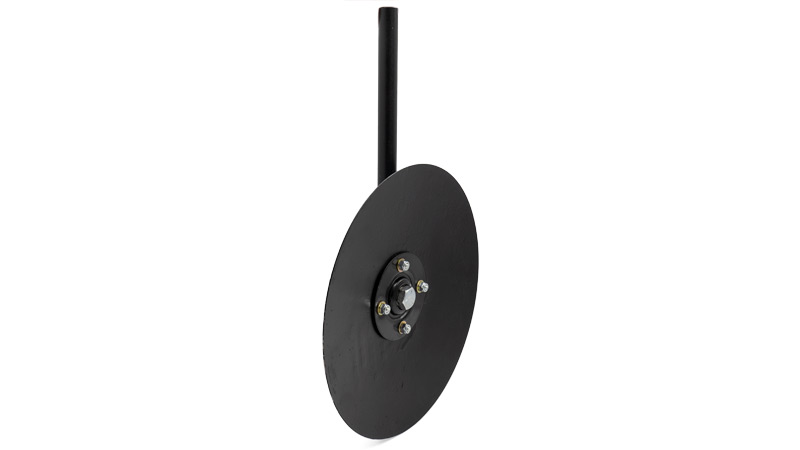 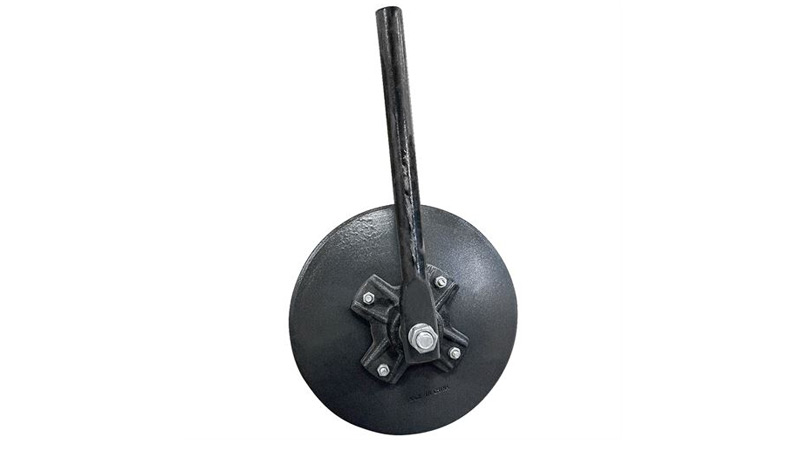 Install Spyders on each side of the plant row with teeth toward the plants and pointing downward at the rear. When the curved teeth point "up" at the rear, their action is more severe. They should operate approximately at a forty five degree angle to the row at desired depth.

10" Spyder Pair on 7/8" Shank
designed for walk behind